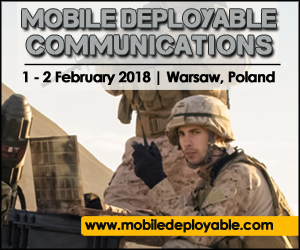 Flexible and continuous connectivity, anywhere, at any time is a key priority for major defence forces around the world. With the critical threat of cyber warfare intensifying, there is now a pressing need to ensure secure communications can be effectively operated in contested environments.

2018’s agenda will look at the key drivers causing the growing demand for flexible, protected, and interoperable CIS capabilities, and through expert led presentations, from some of the world's leading authorities, will discuss the challenges for both solution providers and end users of deployable communications.

Reasons to attend include:

• Meet, network with and hear from senior military personnel in the J6 Command and Control Directorate, Polish General Staff

There will also be two, half-day pre-conference workshops on the 30th January, hosted by: Peter Sevenich, Head of the Robust Networks Research Group from Fraunhofer FKIE, and the second workshop hosted by Major Salvador Llopis, Project Officer Cyber Defence Technology from the European Defence Agency.

For those looking to attend, register online by Friday 31st October to save £400.

Established since 1993, the SMi Group is a global event-production company that specializes in Business-to-Business Conferences, Workshops, Masterclasses and online Communities. We create and deliver events in the Defence, Security, Energy, Utilities, Finance and Pharmaceutical industries. We pride ourselves on having access to the world's most forward-thinking opinion leaders and visionaries, allowing us to bring our communities together to Learn, Engage, Share and Network. More information can be found at http://www.smi-online.co.uk