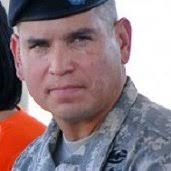 FORT JACKSON, SOUTH CAROLINA, UNITED STATES, March 13, 2019 /EINPresswire.com/ — Fernando Guadalupe is a multi-subject matter expert and Army veteran who spent over two decades serving in a range of leadership positions. At home, Mr. Guadalupe is a supporter of charities in his community where he volunteers and assists many local groups in various capacities.

Fernando Guadalupe took on many key roles in his time in service, including serving as an Army Chief, a Battalion Commander, and a Colonel. He studied at the Eisenhower School, National Defense University and developed essential leadership qualities that would later benefit him throughout his more than 20-year service in the armed forces.

During his time in the Army, Fernando Guadalupe was deployed three times to Iraq and assumed the roles of commander, operations officer, division planner, and deputy commanding officer during his tours. In addition, he has served as an instructor, training facilitator, and author on strategic leadership and emerging wartime topics. He also conducted critical studies on the effects of sleep deprivation on soldiers during war.

At home, he continues his devotion to America by supporting and regularly volunteering with charities and outreach programs in his community. Among other charitable organizations, Fernando Guadalupe is a longtime supporter of both the Order of St. Michael and the Knights of Columbus.

With the Knights of Columbus, Mr. Guadalupe acts as a helping hand to the sick and disabled by providing fellowship and support. For well over a hundred years, the Knights of Columbus have given assistance to the needy in many communities by spreading charity, unity, and fraternity. They help by linking up volunteers like Fernando Guadalupe with struggling individuals and by rendering financial aid to citizens and their families as well as public relief, education, and social welfare.

He’s also partnered with similar organizations (such as the Missionaries of Charity, initially began by Mother Teresa) to uplift the less fortunate with donations of food, clothes, and friendly company. He’s helped deliver meals to struggling neighbors through Meals on Wheels and is a longtime sponsor of the World Vision Charity, which globally brings relief from poverty and oppression.

Fernando Guadalupe believes that men and women of service stand out as role models in their communities. He highly encourages his fellow veterans to be active in their neighborhoods and volunteer with outreach organizations when they can. He notes that getting involved doesn’t always require much time or energy, and that veterans can especially leave a lasting impact on the lives they touch.