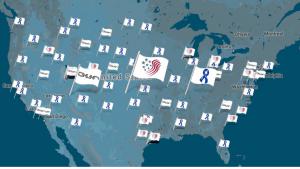 Become Part of the National Campaign to End Child Abuse! 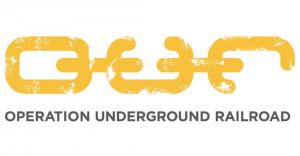 We exist to rescue children from sex trafficing

Anyone who claims to be an American is responsible for American kids.”
— Unknown

SANDY, UT, UNITED STATES, April 10, 2019 /EINPresswire.com/ — Only one week into Child Abuse Prevention Month, and the Virtual Healing Field® map is filling with flags with more flags to post every day.

On April 1st, 2019 Colonial Flag Foundation with its partners Operation Underground Railroad and the National Exchange Club launched a national Virtual Healing Field® Flag Display where individuals across the country can stand together in a united effort against child abuse. This National Campaign will run through April 30th, 2019.

You may dedicate your virtual flag ‘in memory’ of someone and may include a short bio or a short message.

Watch our virtual flag display increase as communities and organizations across this great nation unite to end child abuse: www.healingfield.org/childabuseprevention/.

"The true character of society is revealed in how it treats its children." Nelson Mandela
Please take advantage of this unique opportunity and spread the word with your audience.

About Operation Underground Railroad
Is a 501(C)(3) non-profit founded by Tim Ballard which assists governments around the world in the rescue of human trafficking and sex trafficking victims, with a special focus on children. O.U.R. also aids with planning, prevention, capture, and prosecution of offenders, and works with partner organizations for prevention, victim recovery, strengthened awareness, and fundraising efforts.

Here in the United States, child sex trafficking can intersect with domestic child abuse. When a victim is trafficked by a family member, very often domestic violence is also taking place. Violence in the home can also cause victims to become more vulnerable of being trafficked outside of the home, as both abusers and traffickers use similar tactics, including power and control, to dominate their victims.

Understanding the intersection between domestic child abuse and sex trafficking is extremely important for
raising awareness of the realities of what survivors and victims’ face. (Unicef, NRCDV.org)

About National Exchange Club
Celebrating their 40th anniversary of adopting Child Abuse Prevention as a National Project. Colonial Flag Foundation has partnered with many local exchange clubs to post Blue Ribbon Flags to raise awareness of the magnitude of this tragedy while raising funds to develop and support programs to break the cycle of abuse.

Exchange provides a variety of public awareness materials, designed to help inform and increase awareness of child abuse and how it can be prevented. These are used in conjunction with Exchange Clubs and Exchange Club Child Abuse Prevention Centers.

Additionally, Exchange supports and engages in a number of annual activities designed to heighten awareness of child abuse and its consequences. Through participation in Child Abuse Prevention Month each April, National Headquarters in Toledo, OH, and clubs across the country work with government agencies, local and national partners, and their communities to draw awareness about prevention of this social crisis. Specially-designed materials are made available at this time of year, including action-oriented Exchange Today articles, all intended to help Exchange Clubs, members, and communities work to prevent child abuse.

Prayer of the Children