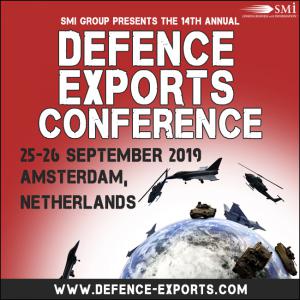 SMi Group Reports: Matthew Borman from the Department of Commerce to present at the Defence Exports conference this September in Amsterdam.

Conference organisers, SMi Group are thrilled to announce, Matthew Borman, Deputy Assistant Secretary for Export Administration, Department of Commerce will be presenting at the event on:

“An insight into U.S. Export Controls from the Bureau of Industry and Security”

The focused two-day agenda will also include 27 more senior presenters from the world’s leading military and industry organisations, including:

The full speaker line-up is available to download at: http://www.defence-exports.com/ein

Workshop A on Tuesday 24th September: Jurisdiction, Classification, and Licensing: How to Police Your U.S. Suppliers, hosted by Global Legal Services and BAE Systems

Workshop C on Friday 27th September: The Identification and Management of Export Controlled Technical Information within the UK Ministry of Defence, hosted by UK MoD

Please note that places will be limited for the conference and workshops. Registrations can be made on the event website.

About SMi Group: Established since 1993, SMi Group is a global event-production company that specializes in Business-to-Business Conferences, Workshops, Masterclasses and online Communities. We create and deliver events in the Defence, Security, Energy, Utilities, Finance and Pharmaceutical industries. We pride ourselves on having access to the world's most forward-thinking opinion leaders and visionaries, allowing us to bring our communities together to Learn, Engage, Share and Network. More information can be found at http://www.smi-online.co.uk