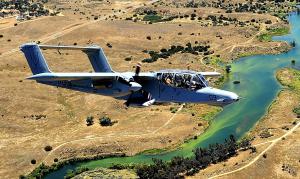 Mike Manclark flies the first of seven, historic OV1- Broncos being restored as part of the largest restoration project of its kind in the world.

Excitement builds as the world’s only privately-owned OV10 Bronco readies for its first flight after a two year restoration. 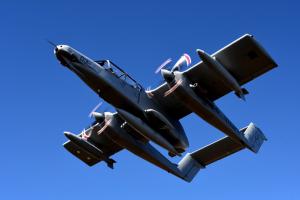 After an incredibly long road, the largest OV-10 restoration project in the world is celebrating it's first big win, as the first of an entire squadron of aircraft under restoration takes flight.”
— Mike Manclark, Leader, OV10 Squadron

CHINO, CALIFORNIA, USA, July 18, 2019 /EINPresswire.com/ — The Chino skies were filled with a little piece of American history today as the first of seven, OV-10 Broncos took flight after an 18 month-long restoration. Local entrepreneur Mike Manclark, a long-time supporter of America’s military vets and a pilot himself, undertook the ground-breaking restoration project after finding an entire squadron of the famed warbirds wasting away in an open field in Texas.

As part of the OV10 Squadron project, two of the aircraft’s original pilots, serving with the Black Ponies in Vietnam were on hand to witness the historic event, and will soon have the opportunity to fly the aircraft again for the first time in 50 years.

“After an incredibly long road, the largest OV-10 restoration project in the world is celebrating it's first big win, as the first of an entire squadron of aircraft under restoration takes flight," said Mike Manclark, leader of the OV-10 Squadron project. Mike, an aviation entrepreneur is also founder of The Mangic Foundation which supports a number of military charities and causes. “Given my background, I can't think of a better way to honor, respect and protect the legacy of our veterans than by keeping their stories alive through flight. We're incredibly grateful for the support we've across the country, and can't wait to unveil even more amazing transformations in the months and years ahead.”

Known for their unusual appearance, heavy firepower and ability to take off and land in near impossible conditions, the Broncos are regarded as one of the most versatile warbirds in history, first being introduced in the 1960s to provide close air support for troops in the Vietnam War. Their versatility made these aircraft the workhorses of many American campaigns, and the Broncos went on to tackle just about every mission an airplane could have for the USAF, the Marines, the Navy, SEALS and a number of other foreign countries. In fact, many of the Broncos went on fight in Desert Storm, combat cocaine in South America, and punish ISIS targets in the Middle East before reaching their eventual retirement.

This first OV-10 is part of a multi-year plan to bring an entire squadron back to life so they can be enjoyed by the public and serve as a flying memorial. This is one of the largest, private restoration efforts in the country. And the largest – and only – private collection of OV-10 Broncos in the world.

For more information on the restoration of the OV-10 Broncos, visit www.ov10squadron.com.

About OV-10 Squadron
Committed to the restoration and continued support of flying the OV-10 Bronco, the OV-10 Squadron is an organization that is rebuilding a squadron of seven OV-10D Broncos at Chino Airport in Southern California (KCNO). The aircraft meticulously rebuilt and repaired to the highest standards of restoration and will ultimately serve as a flying memorial at airshows across America.

About the MANGIC FOUNDATION
Launched in 2012 by successful entrepreneur Mike Manclark, the MANGIC Foundation believes in hands-on work that gives people a hand up and making a tangible difference in the lives of those they help. Every year, the MANGIC foundation supports dozens of non-profits and causes that support children, armed forces and first responders, along with families in need. For more information on the MANGIC Foundation and how you can get involved, visit www.mangic.com.