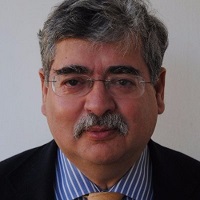 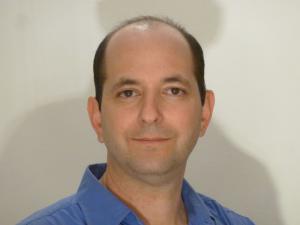 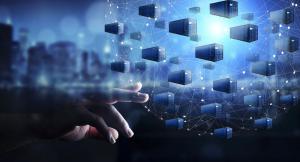 Smart shipping containers have a very big advantage in Cybersecurity. The ability to monitor cargo in ways previously not achievable before Loginno and Contopia, is a significant opportunity.”
— David Nordell, Director, Synapse Cyber Strategy

TEL AVIV, ISRAEL, September 19, 2019 /EINPresswire.com/ — Contopia is a term the shipping market uses to describe a world where every shipping container is real-time, IoT-connected. Figuratively, this gives shipping containers a brain, eyes, ears, and a mouth, turning them into miners of very valuable data.

Contopia, and the creation thereof, is also the primary mission of Loginno, one of the hottest Israeli startups today, whose shipping company competition made serious waves in the shipping industry earlier this year. The winner of the competition, Brazilian Log-In Logistica Intermodal (BVMF: LOGN3), will become the world's first digital shipping company, with 100% smart container fleet, effectively pioneering the Contopia use case.

Says Nordell: "Smart shipping containers have a very big advantage in terms of cybersecurity and also physical security. The ability to monitor cargo, traveling through the veins of the global economy, in ways previously not achievable before Loginno and Contopia, poses a significant opportunity as far as homeland security and border protection go."

Adds Amit Aflalo, one of Loginno's two founders: "As developers of military applications for many years, we built Loginno's Contopia solution to be perfectly compatible with security-related needs. In that aspect, we are very happy to have Mr. Nordell with us, assisting with cybersecurity-related use cases, under Contopia Labs".

David has joined Loginno's Advisory Board as the cybersecurity expert and will take an active part in the evaluation, creation, and promotion of the highly anticipated CyberSeal concept for frictionless borders.

David Nordell is the director of the cybersecurity consultancy Synapse Cyber Strategy, which he recently founded following five years as Senior Vice President for International Cyber Strategy, Policy and Law of the Centre for Strategic Cyberspace and Security Science (CSCSS), an independent think tank based in London.

David was a journalist for 10 years, including as a financial and economics correspondent for the Associated Press in Israel. He has more than 30 years of experience in Information Technology and was the first professional adviser to the Israeli government on Internet and IT infrastructure policy. He is an expert on asymmetric warfare and terrorism, especially economic terrorism and financing of terrorism, and on cyber threats to critical national and international infrastructure. He has spoken on cyber-security and broader security issues at many international conferences, including at the Geneva Centre for Security Policy, the Herzliya Conference (Israel’s annual international security conference), the Institute for National Security Studies in Tel Aviv, the London Stock Exchange, the Centre for the Study of Financial Innovation and the City Security and Resilience Network in London; and he has also taken part in briefings for British members of Parliament and ministers. He has specialized in maritime cybersecurity for the last five years and is acknowledged as a thought leader in this field.

He served for three years in UK reserve special forces and has a BSc in Civil Engineering from Southampton University.

Currently, Loginno is rolling out its technology with the world's first digital shipping company, Log-In Logistica Intermodal from Brazil, in addition to setting up Contopia Labs, a world-unique smart container industrial research facility.