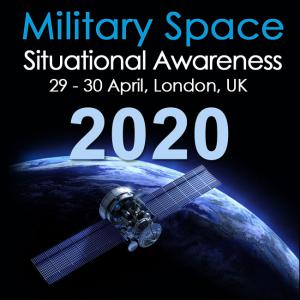 SMi Group are pleased to announce that they have released an exclusive interview with conference speaker Major Michel Bulte, NL Liaison at the German Space Situational Awareness Centre GSSAC, Ministry of Defence.

Here is a snapshot of what was discussed in the interview:

How has satellite miniaturisation impacted decisions around optical and radar detection capability development?

“Together with THALES Netherlands we keep trying to get maximum performance out of the SMART-L MM radar. The first sensor is placed at its operational location and testing will start. Keep in mind that the primary role is Air Defence so it has to be best of both worlds but the results so far were promising. Using L-band in conjunction with miniaturisation of satellites is far from ideal so in future we might need to think of something else. The FOTOS II project (using scientific residu data of the MASCARA project, an exo-planet search project of NLD universities, to detect and do initial (short arc) orbit determination) is now focusing on objects with higher magnitude values.”

Space weather remains a key issue for holistic domain awareness; where are there opportunity areas to enhance our models with this intelligence?

“The importance of Space Weather is recognized but the number of experts within our Joint METOC Group (JMG) is small. For the Armed Forces they provide a SpWx dashboard with daily forecasts. To prevent being dependant of the US SpWx Training of the 557th WW at Offutt AB, a SpWx Course for METOC personnel is developed with the Space Environment Service in Belgium (SIDC). Together with our civilian national weather prediction agency (KNMI) a national SpWx Dashboard platform is in development. Our Technical Demonstrator Satellite, BRIK II, contains a Languir probe developed by the University of Oslo which will produce data we will try to analyse. This might contribute to better models in forecasting.”

Michel Bulte will be speaking on day one of the conference to present “Update on RNLAF Space Activities,” which will cover:

The last early bird saving of £100 is available until the 28th February. Interested parties are encouraged to register as places are highly limited at: http://www.military-space.com/EINpr5