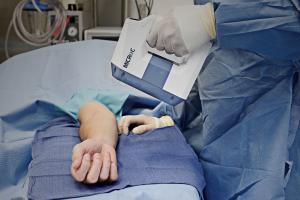 The Micro C is highly flexible in extremity surgeries 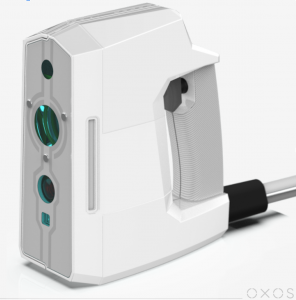 The Micro C Emitter is mobile, fast and light weight 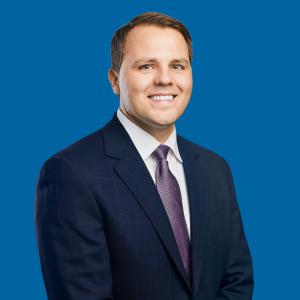 The Micro C will be optimized to function in austere environments and can be used to diagnose and mitigate health threats such as injury and polytrauma.”
— Dr. Gregory Kolovich, OXOS Medical Chief Medical Officer & Co-founder

ATLANTA, GEORGIA, UNITED STATES, May 28, 2020 /EINPresswire.com/ — OXOS Medical has been selected as a first round winner of the xTechSearch competition (Expeditionary Technology Search) sponsored by the Assistant Secretary of the Army for Acquisition, Logistics, and Technology (ASA(ALT)). The xTechSearch provides opportunities to uncover novel science and technology solutions by engaging with small businesses and non-traditional partners. The final competition culminates in a $250,000 grand prize and entry into the xTech Accelerator to receive intensive mentorship and access to opportunities to connect their companies with Army and commercial users.

The problem and solution targeted by the OXOS Medical mobile X-ray solution address hemorrhage – the leading cause of preventable deaths in military combat. Over 90% of pre-Military Treatment Facility (MTF) deaths deemed potentially survivable are caused by hemorrhage. In resource-rich civilian Emergency Departments (ED), Trauma Centers, and Operating Suites, X-ray imaging is the primary imaging modality for initial trauma care. Early use of chest and pelvic x-ray images can identify patients at high risk of hemorrhagic events and internal injuries. X-ray image guidance is used to place internal tourniquets such as REBOA (Resuscitative Endovascular Balloon Occlusion of the Aorta). Proper identification of long-bone injuries can prevent upwards of 1 liter of blood loss. The size and power footprint of current traditional x-ray equipment is far too large and the equipment itself too fragile.

Dr. Gregory Kolovich, OXOS Chief Medical Officer and Co-founder explained, “The Micro C will be optimized to function in austere environments and can be used to diagnose and mitigate health threats such as injury and polytrauma. It can enable quick triage and identification of hemorrhagic events and musculoskeletal injuries. A portable X-ray device would be part of the standard equipment kit for Forward Resuscitation Surgical Teams (FRSTs), and even potentially, for first responder medics.” He added, “The Micro C could have a direct impact on warfighter survivability and recovery time. During the critical Golden Hour time period, the Micro C will provide diagnostic imaging where there currently is none. The Micro C can enable critically accurate placement of internal tourniquets and greatly increase the survivability of the injured warfighter.”

The Micro C, a portable, hand-held, x-ray imaging device, can be utilized in these austere settings. Evan Ruff, Chief Executive Officer and Co-founder described next steps, “With ruggedization upgrades, this device has the potential to revolutionize Golden Hour medical care. Enabling more accurate injury identification and stabilization can increase the chance of survival, decrease patient pain, reduce chances of further injury, and speed return-to-duty. This device has the potential for an Army-wide impact across all Echelon I and II medical deployments.” He expanded with “Aside from inadequate ultrasound, injured warfighters are without diagnostic imaging until transfer to an Echelon III care facility, which can take up to 72 hours.”

The process began with the OXOS Medical submission of a concept white paper for its deployed rugged handheld X-ray presenting its technology, potential impact on the Army, scientific viability of the approach, and dual-use technology applications for both the commercial and defense spaces. The Army panel from the Army Science & Technology ecosystem included warfighter, acquisition, and research and development subject matter experts. OXOS Co-founders, Dr. Gregory Kolovich, Chief Medical Officer and Evan Ruff, Chief Executive Officer, will now deliver the company’s pitch to a panel of Army subject matter experts in a virtual session. Semi-finals will take place at the AUSA (Association of the U.S. Army) 2020 Annual Meeting, followed by the final round, a proof-of-concept demonstration and transition plan presentation at the 2021 AUSA Global Force Symposium and Exhibition.

The Micro C is the first handheld fluoroscopic system designed for surgeons and physicians treating extremities in both surgical and clinical environments. Invented by orthopedic surgeon, Dr. Gregory Kolovich, he designed the device to address major imaging issues that he recognized while practicing. The company was founded in 2016 in Savannah, Georgia as Micro C Imaging LLC and then expanded into its Atlanta facility to support engineering, operations and corporate functions. OXOS Medical has been an Accelerate member company of the Advanced Development Technology Center (ATDC) of the Georgia Institute of Technology, of which Dr. Kolovich, Chief Medical Officer and Co-founder, and Evan Ruff, Chief Executive Officer and Co-founder, are engineering graduates. The co-founders recognized that current orthopedic imaging devices (C-Arms) are bulky, slow, large, cumbersome, and dangerous, exposing operators to 10x the necessary dose and increasing procedure time by 20%. OXOS Medical’s first device is the Micro C. Important to the company's future success is the U.S. Patent awarded to OXOS Medical in September of 2018 related to its novel fluoroscopic positioning system and other innovations.