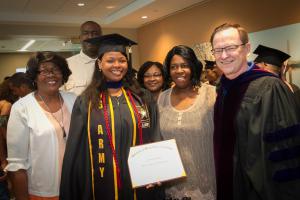 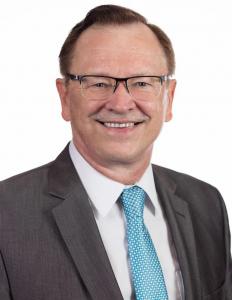 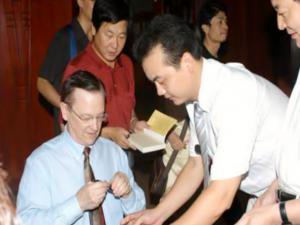 Dr. Frame is signing his book

PMI’s winning aspiration is ‘Empowering people to make ideas a reality.’ This has been a driving force for me from the outset. It’s been an obsession!”
— Dr. J. Davidson Frame, UMT Academic Dean

ARLINGTON, VA, USA, January 12, 2021 /EINPresswire.com/ — The University of Management and Technology’s Academic Dean, Dr. J. Davidson Frame, has been recently recognized by the Project Management Institute (PMI) for his contributions to advancing the discipline of project management.

A recent video produced by PMI summarizes his decades of work in project management, from a novice practitioner to a global leader. As a data scientist in the 1970s, an important project carried out by Frame and his colleagues was to create an optimization model that was adopted later as a crucial component of Google’s search engine, which prioritized query responses using Page Rank. This propelled Google to the top of the search engine business – and established the foundation for its dominance in the IT arena.

From 1979-1998, Frame served on the faculty of George Washington University, where he established a master's program in project management, which quickly became the largest program of its kind. At GWU, he served as a full professor, Director of the Program on Science, Technology and Innovation, and Chair of the Department of Management Science.

After leaving GWU in 1998, Frame and Dr. Yanping Chen (also from GWU) co-founded the University of Management and Technology (UMT), where Frame serves as Professor and Academic Dean today. In his career as an educator, he has taught project management subjects to more than 40,000 students, most of them executives and managers. He has published more than 10 books (including two business best-sellers) and 30 scholarly articles covering project management and the management of science and technology.

Frame’s contributions to PMI span three decades. They began in 1990 when PMI appointed him as volunteer Director of Certification with a charge to take the fledgling PMP certification program and make it flourish. After six years and a dramatic growth in PMPs awarded to project professionals, PMI then appointed Frame to be PMI’s volunteer Director of Education Services for two years, with a goal of building an education infrastructure to promote professionalism in project management. As a reward for his work on certification, Frame received PMI’s Outstanding Contribution Award in 1993 and its Person of the Year Award in 1995. In 2004, he was made a PMI Fellow, the highest award conferred upon individuals by PMI. More recently, he has served nine years on PMI’s Board of Directors (2000-2002, 2015-2020).

The University of Management and Technology is an accredited university located in Arlington VA. Since 1998, UMT has provided various online education programs to students who reside in 50 states and 4 territories of the United States and 87 counties. As of December 2020, UMT has educated 25,525 students. Of these, 14,549 of them graduated from UMT with various degrees.