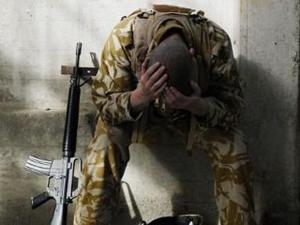 The Citizens Commission on Human Rights of Sacramento begins educational program to educate military members on how psychiatric drugs can cause suicide.

SACRAMENTO, CALIFORNIA, USA, January 24, 2021 /EINPresswire.com/ — The Citizens Commission on Human Rights (CCHR) of Sacramento announced a campaign to warn military personnel and veterans about the suicidal side effects of psychotropic drugs often prescribed to them by military psychiatrists. As one of their first steps, CCHR has scheduled special airings of the documentary “The Hidden Enemy” on Access Sacramento Television because of its insight into what’s behind the epidemic of military suicides. The show is scheduled to air on January 26th at 10:00pm and February 1st at 9:00 pm.

U.S. military suicide rates have almost doubled since 2002. During the years 2010 to 2012, more U.S. soldiers died by suicide than from traffic accidents, heart disease, cancer and homicide. In 2012 alone, more U.S. active duty service men and women committed suicide than died in combat. Veterans are killing themselves at the rate of 22 per day.[1]

Dr. Bart Billings, former military psychologist and combat stress expert, believes there is a direct correlation between the increased use of psychiatric drugs to treat PTSD and the high rate of military suicides. He stated, “We have never drugged our troops to this extent and the current increase in suicides is not a coincidence.”[2]

The U.S. Department of Defense increased orders of psychiatric drugs by nearly seven times between 2005 and 2011.[3] That’s over thirty times faster than civilians. Officially, one in six American service members is on at least one psychiatric drug.[4] In fact, the U.S. government has spent over $4.5 billion dollars just medicating soldiers and veterans over the last ten years.[5]

Such disregard for the safety of our troops cannot be dismissed on the basis of medical necessity. Science does not back up even one of the alleged “mental disorders” commonly assigned to military personnel or veterans and no medical tests exist which confirm them. “Psychiatry,” explains Dr. Abdul Alim Muhammad, “especially has no objective means of making any diagnosis. In general medicine at least we have x-rays and blood tests to go on…. And so that’s the big, big dilemma faced by psychiatry. They have zero ability to diagnose, so they have zero ability to treat.”[7]

To learn more about the role that psychiatric drugs play in the epidemic of military suicides, watch the documentary “The Hidden Enemy” which will air on Access Sacramento on January 26th at 10:00 pm PST and February 1st at 9:00 pm PST. For those in the Sacramento area, it is available on:

Or you can go directly to www.accesssacramento.org and click on the “Watch 18” icon.

If you are unable to catch the show at this time, you can stream it anytime at https://www.cchr.org/documentaries/hidden-enemy/.

The Citizens Commission on Human Rights was co-founded by the Church of Scientology and Dr. Thomas Szaz, Professor of Psychiatry Emeritus in 1969 to expose psychiatric violations of human rights and clean up the field of mental healing. Alerted to the brutality of psychiatric treatment by author and humanitarian L. Ron Hubbard who wrote extensively about the abuses of psychiatric patients, CCHR today stands as a powerful voice of reason for those abused and their on-going advocacy for reforms. For more information log on to their website at: http://www.cchr.org/

[1] “Behind the Epidemic of Military Suicides,” https://www.cchrint.org/issues/the-hidden-enemy/

[5] Op. Cit, “Behind the Epidemic of Military Suicides.”

[6] “A Review of How Prescribed Psychiatric Medications Could Be Driving Members of the Armed Forces and Vets to Acts of Violence and Suicide,” A Report by Citizens Commission on Human Rights International, July 2014, page 3.

[7] Op. Cit, “Behind the Epidemic of Military Suicides.”