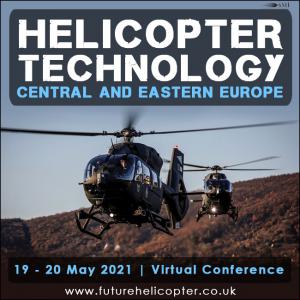 SMi Group Reports: Speakers from the Czech Republic, Hungary, NATO, Netherlands, and the US have confirmed to speak at the virtual conference in May.

For those interested in attending, it is £499 for government, public sector, and military personnel and only £999 for commercial companies. Register at http://www.futurehelicopter.co.uk/pr2

This year's agenda will feature brand-new speakers from the following nations:

The 2021 brochure is now available to download at http://www.futurehelicopter.co.uk/pr2

About SMi Group:
Established since 1993, the SMi Group is a global event-production company that specializes in Business-to-Business Conferences, Workshops, Masterclasses and online Communities. We create and deliver events in the Defence, Security, Energy, Utilities, Finance and Pharmaceutical industries. We pride ourselves on having access to the world’s most forward-thinking opinion leaders and visionaries, allowing us to bring our communities together to Learn, Engage, Share and Network. More information can be found at http://www.smi-online.co.uk