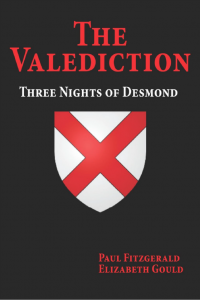 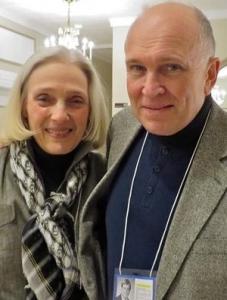 US Perfidy in Afghanistan

WALTERVILLE, OR, USA, September 10, 2021 /EINPresswire.com/ — “The Valediction: Three Nights of Desmond” by Paul Fitzgerald and Elizabeth Gould is their novelized memoir of how the United States lured the Soviet Union into Afghanistan in 1979, demonized it as a threat to world peace, and paid Muslim extremists to destabilize Afghanistan in order to squash détente, scuttle the Strategic Arms Limitation Talks, and justify a massive arms build-up that neglects infrastructure investment in America to this day. (Learn more at Valediction.net.)

“Afghanistan changed everything,” Mr. Fitzgerald said in a recent interview. “It killed the peace movement that ended the Vietnam War and was trying to end the Cold War with the Soviet Union. Overnight, the left fell silent and let pro-war voices dictate foreign policy. President Carter called the so-called invasion the greatest threat to peace since World War II. Yet America had been secretly destabilizing the Muslim countries of the Soviet Union for years by that time.”

According to Fitzgerald and Gould, President Reagan’s crusade against the Evil Empire set the stage for endless war by privatizing covert action and spawning an independent financial network that put the planet up for grabs to the highest bidder – and Afghanistan’s mythic dimension as the graveyard of empires is undoing not only the American empire but also the concept of empire itself.

Paul Fitzgerald and Elizabeth Gould, husband and wife, acquired the first visas to enter Afghanistan in 1981 since the expulsion of all Western media one month after the 1979 Soviet invasion. Following their 1981 news story for CBS, they produced a PBS documentary and returned to Kabul for ABC Nightline in 1983. In 2002, they made a documentary about Afghan human rights expert Sima Wali’s first return to Kabul since her exile in 1978. Invisible History: Afghanistan’s Untold Story (2009) and Crossing Zero The AfPak War at the Turning Point of American Empire (2011) were published by City Lights. The Voice, an esoteric adventure story, was published in 2001.