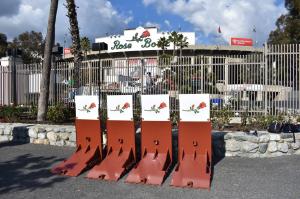 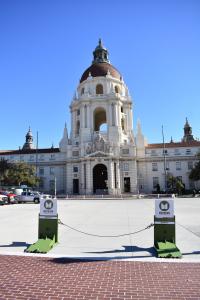 Pasadena has been at the forefront of pedestrian security. At the most recent Rose Parade we were chosen to secure the entire parade route using more than 400 of our mobile Archer 1200 Barriers.”
— Peter Whitford, Meridian CEO

PASADENA, CA, US, October 11, 2021 /EINPresswire.com/ — As the host of one of the world’s greatest street parades, Pasadena, CA takes no chances in keeping safe the close to one million attendees. Once again, the city has chosen Meridian Rapid Defense Group to be part of the solution.

This week the City of Pasadena agreed to purchase another set of Meridian anti-terrorism vehicle barriers and a trailer for use at the Tournament of Roses Parade which is held every New Year’s Day and for the many other events throughout the city.

A city official explained, “Vehicle mitigation strategies are a necessity as vehicle assaults are one of the primary forms of attack at large events and gatherings by Home Grown Violent Extremists (HGVE) and/or terrorists.”

The official pointed out that in 2018 and 2019, the Pasadena Police Department utilized Archer 1200 Anti-Terrorism Vehicle Barriers to secure the Rose Bowl Parade route after discovering that the security being provided by water filled barriers was inadequate.

Security was stepped up for all events in Pasadena starting with the Rose Parade after a driver deliberately drove a truck into the Christmas market next to the Kaiser Wilhelm Memorial Church in Berlin in December 2016. The incident claimed the lives of 12 people and injured 56 others.

“Pasadena has been at the forefront of pedestrian security,” said Meridian CEO Peter Whitford. “At the most recent Rose Parade we were chosen to secure the entire parade route using more than 400 of our mobile Archer 1200 Barriers.”

“The city was most impressed with how quickly all of the barriers were staged in the hours before the parade and just as quickly removed after it was all over allowing traffic to flow again freely,” he said.

City leaders were told: “It is in the city’s best interest to award the purchase order to Meridian Rapid Defense Group, LLC as the barriers will help to mitigate any potential HGVE attacks and other vehicle incursions into secure areas.”

Meridian’s Archer 1200 Barriers are made of 700 lbs. of USA made steel, and are Homeland Security Certified safe and can be quickly wheeled into place by one person.